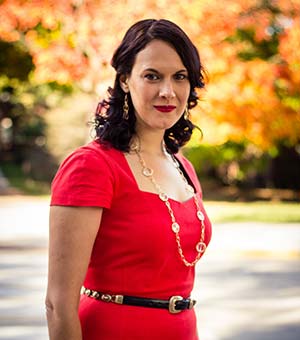 Rachel Mans McKenny, BA’09, released her debut novel, The Butterfly Effect, in December 2020. She answered a few questions about her novel and how her Creighton education impacted her career.

What degree did you earn from Creighton University?

I earned my BA in English with a specialty in creative writing from Creighton in 2009.

How did Creighton’s Creative Writing/English program inspire your career? Were you inspired by any particular faculty members?

I would never have had the confidence to aim for a career in writing without Creighton’s program. I grew so much as a writer while at Creighton. Mary Helen Stefaniak, MFA, professor emerita, taught me how to write the short story form, and from reading her novels I learned more about longform fiction and its potentials. She also helped lead me through senior individual work on editing as a career path. Learning about the work of an editor, as I was working with my own professional editor for The Butterfly Effect, helped me make a productive and successful working relationship, and ultimately a stronger final novel.

Susan Aizenberg, MFA, professor emerita, taught me that anyone can access poetry, and write it, too, and how to find one apt word where I might have used seven before. Finally, David Mullins, MFA, associate professor of English, taught an upper-level fiction class where I received my first, and only, B+, which shocked me to my core at the time. I went to see him about it, perfectionist that I was, and he told me, simply, “You can do better.” And he was right. I could. And I did, later on. I’m so grateful for the support and guidance I got in my time at Creighton. I went on to get a graduate degree in English literature, not in creative writing, and so the writing craft I fostered at Creighton was my bedrock as I started writing novels and seeking publication. 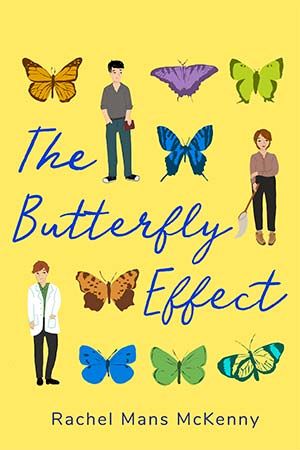 Can you give us a quick synopsis of The Butterfly Effect and how you came up with the idea for it?

The Butterfly Effect is about an entomology PhD whose research is sidelined when her brother has a health crisis. She has to return home to Iowa from Costa Rica to take care of him, confronting all of the bridges she had burned. In the novel, she has to figure out how to allow herself to be loved, and to love in return. The book is partially set at the butterfly conservatory associated at Reiman Gardens on Iowa State’s campus, where I began to dream up the idea after a million visits with my kids. I lost my brother to cancer when I was in second grade, and part of this book was thinking through what caretaking might be like if siblings were responsible for one another as adults. The most fun part of the book was diving into entomology research, and it was kind of a dare to myself if I could write a book that you would read with a book club that included insects.

What was the publishing process like for your debut novel? Do you have plans for more novels?

The Butterfly Effect is the third full-length book project I finished, the second to be picked up by a literary agent, and the first that actually sold to a publishing house. I wrote The Butterfly Effect while another project was “out on submission” to publishing houses as a distraction project. Originally, I wrote it as a three-perspective novel, and then I rewrote it in a single perspective, adding research and depth, until it felt ready to have its own chance to be sold. I am thrilled it found the home it did, with the editor it did. Even though 2020 was a strange year to release a book, I’m so grateful that I’ve had the chance to appear “at” bookstores across the country for virtual events and to Zoom into book clubs to chat about the novel already. As for more novels, I’ve got two finished projects ready to hopefully find a home soon, and more in the works.

There’s no one right path to publication, and I’m glad that I found a way to bring my grumpy, Midwestern heroine into the world.