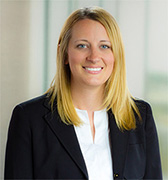 Lenli Corbett received her BS in exercise science from Creighton University in 2005 and a master’s degree in sport management from the University of San Francisco. She is currently the executive director of the Home Instead Senior Care Foundation. Corbett has an extensive non-profit background. Prior to Home Instead Senior Care, Corbett was the vice president of advancement at Jesuit Academy, and prior to that, she worked in development for Partnership 4 Kids. Corbett is involved in the community and has served on several boards in Omaha. 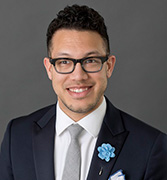 Tony Gaspard received his BS in exercise science from Creighton University in 2005 and his DDS from Creighton University School of Dentistry in 2010. Gaspard has practiced dentistry in Omaha since graduating from dental school and is currently a general dentist at Shadow Ridge Dental in Omaha. Gaspard volunteers his time and skills to various groups and causes, including Creighton’s ILAC program in the Dominican Republic, Nebraska Special Olympics dental screenings and Give Kids a Smile.

We are grateful to have these new council members and look forward to the knowledge, talents and skills they will bring to the council.