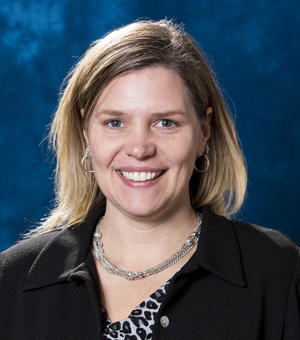 Dr. Rebecca Murray is the Associate Dean of Social and Applied Sciences for the Creighton College of Arts and Sciences.  She received her Ph.D. In Criminal Justice from the University of Nebraska in 2005 and has been at Creighton since then as a Sociology faculty.  She served as chair of the Department of Cultural and Social Studies from 2012-2016.   Dr. Murray has served in several roles of faculty governance, serving two terms as Vice President of the College of Arts and Sciences Faculty Senate, and has been an active member of the steering committee for the College's Mission Catalysts.  She has authored/co-authored 2 books and over a dozen articles that research a number of topics, including  the spatial analysis of crime,  and the effect of urban structures on crime and violence. She has also been the Primary Investigator for two grants (one federal and one state), which have supported the creation and operation of the Nebraska Victim Assistance Academy, which is located at Creighton but which serves victim advocates across the state.  She has also been the recipeint of several local grants, one of which is supporting her current research looking at judicial discretion in domestic violence protection orders.  She has partnered with the city of Omaha in evaluating several grants, including the federal Byrne Criminal Justice Innovation grant, and aiding numerous non-profit agencies with evaluating their effots at violence intervention and prevention. She currently sits on the Board of Directors for the Police Research and Policy Group, as well as the Nebraska Innocence Project.