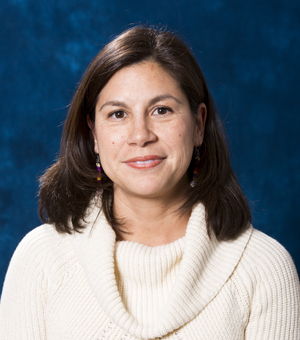 Dr. Moreno is trained as a comparative political scientist, with a specialization in Latin American politics.  Her scholarly interests focus on democratic institutions and interbranch relations and their implications for democratic accountability and representation.

Recently, Dr. Moreno has been researching and writing about the work of accountability agencies across the Americas. Here, she has focused on the inner workings an impact of Human Rights Ombudsman offices on human rights provisions across the region. Here research, which is quantative in nature, has examined how these agencies have impacted improvements in human rights across the region. The work is complemented with several in depth case studies of the agency in Bolivia and Colombia.

Moreno's work on Latin American politics has appeared in a variety of venues including book manuscripts, peer-reviewed research articles, reviews, and book chapters.  Her work has appeared in peer reviewed journals, including Comparative Political Studes, Electoral Studies, the Bulletin of Latin American Research and Legislative Studies Quarterly.  She has also contributed to chapters in edited book manuscripts published by Notre Dame press, Oxford University Press, and Pennsylvania State Press on topics that include the Colombian peace process, government institutions and accountability, and the Columbian political system.

Although her primary focus is democracy and its institutions, she has also worked on topics that have addressed stability of regimes (democracy and autocracy), political transitions, and the role of regime characteristics on economic outcomes.  For instance, Dr. Moreno was part of the Creighton University team (with Associate Political Science Professor Richard Witmer, Associate Dean of the Law School Mike Kelly, Director of the Werner Center, Patrick Borchers) that wrote the Report on the Resolution of Outstanding Property Claims Between Cuba and the United States (Creighton University Press 2007).  The report which proposes the creation of a mechanism to settle outstanding property claims by Americans against the Cuban government, was commissioned by the United States Agency of International Development and supported by a $750,000 grant.

In her spare time, Dr. Moreno enjoys running, kayaking, and spending time with her family.